My life went upside down after having a baby in May, but let’s be honest, I wasn’t great at keeping a blog before that. However, my friend and CP EM Castellen has tagged me in an interesting blog hop where you introduce your main character. Essentially, you answer seven questions about your main character so everyone can get to know them. I’m so excited to participate and I think Eve may be excited to get a peek at my new Work In Progress, The Heartsmith. 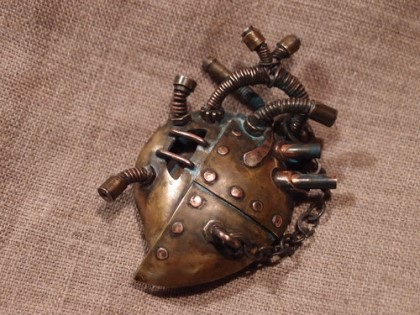 1) What is the name of your character? Is she a fictional person or a historic person?

Her name is Alessa, short for Alessandra, Necromov. She is most definitely fictional and runs about the glorious industrialized world of Ager City.

2) When and where is the story set?

THE HEARTSMITH is set in the fictional world of Callindum, where nature and city are constantly at war. The time period Callindum is based around is the Industrial Revolution in America, around 1870. I always found the turmoil around the Industrial Revolution very interesting and really wanted to create a fantasy world in a state of flux, where magic and industry were at odds.

3) What should we know about your character?

Alessa is a Heart Harvester. Ager City is plagued by creatures called Snatchers which steal hearts, so their entire economy is based around the buying and selling of hearts. Alessa harvests hearts from corpses, as most Harvesters do, but hers are considered the best in the city. That’s because she possesses the ability to bring the dead back to life and steal their hearts while blood is still pumping through it. Her renown for having the freshest hearts landed her the position of being the King’s primary supplier. The business has made her hard, calculating, and a bit bitter, but there is a part of her that still clings to the dream of living a normal life.

4) What is the main conflict? What messes up her life?

The hearts Alessa delivers to the King start to fail, sustaining him for only a couple days at the time. He believes her powers have weakened and banishes her to the Forest where people still have magic. Alessa’s mother is originally from the forest, but she’s never seen more nature than a blade of grass. She has to find a way to strengthen her magic or her father will die. Unfortunately for her, the people of the Forest have no time to help her save the King…mostly because they want him dead. 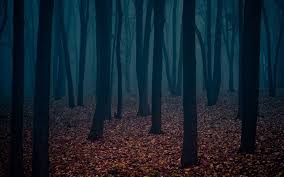 5) What is the personal goal of the character?

Alessa has spent most of her life killing Snatchers because they butchered her mother. She’s determined to kill every Snatcher in Callindum, even if that means leaving behind everyone who cares for her and taking advantage of those who trust her. When she uncovers the fact the Snatchers and King are tied, and killing him will end the life of every Snatcher as well, she’s dead set on assassinating the king.

6) Is there a working title for this novel, and can we read more about it?

For now, it’s called THE HEARTSMITH, but its a title subject to change. I’m not completely certain it fits the story. You can read a blurb about it in the “Books” section of my blog here.

7) When can we expect the book to be published?

I’m not sure! It’s still a work in progress, but I have hopes for it 🙂

And now I tag Rachel O’Laughlin whose third book in her awesome Senengard series, Rise of Orion, is coming out in December!

*none of the pictures belong to me, if anyone knows who to give credit to, please let me know so I can tag them!